Some say the Ravens won. Others say BeyoncÃ©. I think it was GlobalGiving with this tweet during the blackout:

Need something to do during the #SuperbowlBlackout? Give light to 5 villages in India with as little as $25: to.gg/ao

I contacted Alison Carlman, the Unmarketing Manager at GlobalGiving and she generously shared information I knew would be useful to nonprofits working to hone their social media performance.

Me: I was really impressed with the @globalgiving tweet last night during the blackout.

Alison: Thanks for the compliment! It was a fun night on Twitter!

Me: How many gifts did the tweet generate? How much money?Â How many retweets? 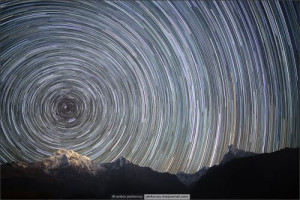 When I think about measurement I get excited. Maybe that’s just me, but you’re missing out if you don’t feel at least a tiny thrill when you think about the possibilities for your organization.

A moment after my initial excitement my head starts to spin as I think of how many different things I could potentially look at and how much information I need to have available and I start to feel stuck in a Catch-22.

Internal voice 1: “I can’t know how my audience would feel about X if I don’t have data on X already available!” END_OF_DOCUMENT_TOKEN_TO_BE_REPLACED